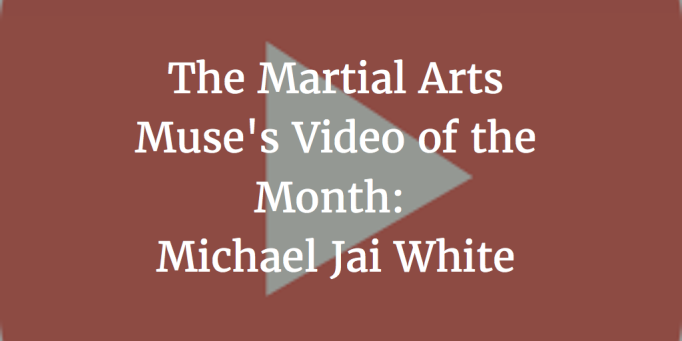 Michael Jai White is an actor that has starred in movies such as Black Dynamite and Blood and Bone. He is also a director, writer and a superb martial artist!

Michael Jai White, a student of Bill “Superfoot” Wallace, was even voted Black Belt Magazine’s 2014 Man of the year.

In this video, he says that “boxers are taught how to throw a flawed punch” and beautifully demonstrates the importance of moving in a straight line with the late Kimbo Slice.

Humorously surprising, Kimbo with his MMA background just can’t keep up with Michael’s karate punch. In doing so, he proves you don’t have to be fast if you just move in a straight line.

My name is Jen. 🙂 I started me martial arts journey at 11 years old when my brother said I should join the middle school wrestling team. The wrestling program was cancelled the following year, but eager to continue in the fighting arts, I started karate in 2001 and later returned to the squared circle as a competitor from 2002 to 2007. Since then, I’ve acquired my 1st dan in Shoto Kan/Chito Ryu Karate, 3rd dan in Koryu Uchinadi Kenpo Jutsu, purple belt in Krav Maga, blue belt in Brazilian Jiu-Jitsu, have assisted in coaching national champions in wrestling, and have gained considerable experience in weaponry. 🥋 With 21 years in the martial arts, I look forward to sharing my knowledge and experience to benefit others. 🤜🤛

Join 35 other subscribers
Follow The Martial Arts Muse on WordPress.com