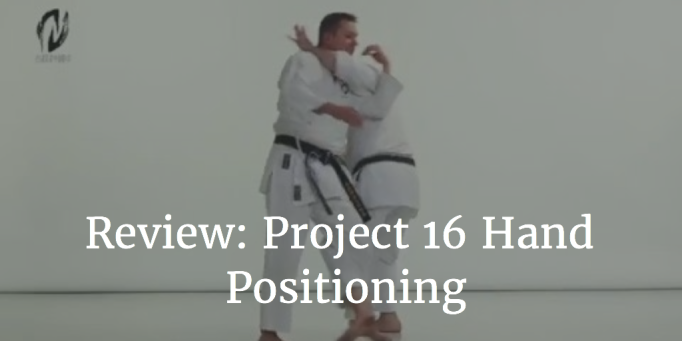 “Do not seek to follow in the footsteps of the wise. Seek what they sought.” – Matsuo Basho

It is these words of Matsuo Basho that come to mind after watching Koryu Uchinadi Kyoshi Ante Brännbacka’s first video on hand positioning from his Project 16 series.

Using the Koryu Uchinadi mindset of classical tradition with contemporary insight, as well as the Japanese maxim of 精力善用 (“Seiryoku Zenyou” – maximum efficiency with minimum effort), Kyoshi Brännbacka’s instructional video breaks down positioning in a self-defense situation while categorizing your options to defend and counter single hand attacks.

Kyoshi Brännbacka takes you through the learning process by demonstrating each position. The number sixteen of Project 16 represents the different hand positions you can have. You can be on the inside or outside of the attacker’s hands. The attacks can be to the upper and lower level while you use either left or right hand to defend.

From here, he provides added counters creating a simple, efficient and effective standing flow drill to help learners recognize and retain defenses against strikes to the body.

But the fun doesn’t stop there!

The video goes on to demonstrate exits to escape the flow drill with an emphasis on practicality while utilizing leg strikes and takedowns.

Be sure to pay attention to Sensei Ante’s tips to make each technique more effective.

He then takes the drill to another level by integrating the set ups of the takedowns into the original flow drill. This can aid in the memorization of the corresponding exit to each hand position without having to repeatedly take your partner down. At the same time, it increases repetition and helps students learn to switch from one technique to the next—an important skill to have in the event things don’t go as planned. 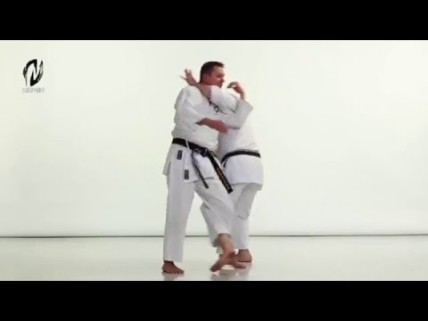 Kyoshi Brännbacka emphasizes the importance of stepping outside the drill by using the exits as taught in the video, but also encourages adding your own flare by integrating other techniques you have learned elsewhere and slowly adding aggressive resistance to reach the ultimate goal of functional spontaneity.

In the final stages of the video, Kyoshi Brännbacka demonstrates the corresponding solo exercise (the kata). The kata is a simple way to practice the drill in the event you don’t have another person to work with. Kyoshi maintains one shouldn’t just practice the drill aimlessly. In order to gain the benefits of the solo exercise you need to visualize the application you are practicing. He adds that kata is a great opportunity to perfect body mechanics and alignment and should be a representation of a perfectly executed plan.

His systematic analysis of positioning provides a fresh look at how to address strikes in a hand-to-hand combat scenario. If you’re looking for a new way to analyze self-defense situations, this is the video for you!

Be sure to watch out for Kyoshi Ante Brännbacka’s other videos for more great content!

But, don’t take my word for it.

A muse is a force personified as a woman, who is the source of inspiration for artists, or in this case a martial artist. The purpose of this endeavor is for me to share my own insight, creativity, and passion with other martial artists to bring out the best in our practices. I am a Sandan in Koryu Uchinadi under Hanshi Patrick McCarthy (9th dan).